How to get out of the dog house tip #3

Posted on June 2, 2013 by lynndaviscakes 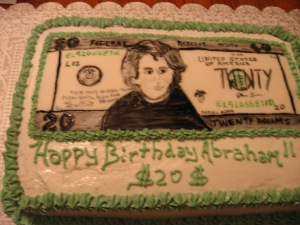 For those of you who do not know what streaking is; in the 1970’s people would take off all their clothes and take off running naked.  It was socially acceptable in the 70’ and you just never knew when you would get an eye full.

My mother was friends with another family not far from our house that had two teens the same age as my brother and I.  After each football game everyone would go to Shakey’s Pizza to hang out and have fun.  I talked the younger son into streaking through Shakey’s Pizza after an upcoming football game.  I paid him the money agreed upon and couldn’t wait until Friday.  Friday came and all of my friends along with half of the senior class went to Shakey’s after the big game.  I didn’t tell anyone ahead of time of the special activity I had planned.  The time finally arrived and out of the bathroom runs the streaker (I won’t reveal the name to protect his identity).  He took off running just as fast as his little white buns could through Shakey’s.  There was a lot of laughing, cheering and whistling as he made his way to the front door.  As he as about to hit the front door the football team had arrived and saw what was happening.  They held the door and he had no choice but to run back through the restaurant to the bathroom.   We all laughed and cheered even harder at the second trip.  I think he even ran faster than the first time.  This was great!  Our streaker quickly got dressed and left Shakey’s to a standing ovation.

The next day at school he demanded another $20 since he had to streak twice.  No way was I going to pay him. I had only hired him to streak one way.  I though that was the end of it but boy was I wrong.  At the next football game I was kidnapped and tied up by him and his friends.  They took me to my parent’s house and demanded the 2nd part of the streaking fee.  My mom when white when she found out what I did and my dad was having a hard time trying not to laugh.  Dad paid him the extra $20 and I was grounded for a month.  I argued that I didn’t do the streaking and just couldn’t understand why Mom was so upset.  Anyway that story is still brought up at every family gathering.

To create the $20 on the cake, all you need to fondant, clear vanilla extract and gel food coloring.  You can paint on fondant just like you would paint with water colors except using the clear vanilla makes it dry instantly, so don’t make any mistakes.

This blog is for everyone who likes to try something new craft projects, easy holiday crafts for the entire family, decorating cakes and cupcakes, to all of books published on Amazon.com. The books are on the cakes and crafts but also adventures stories from children to teens. I have retired from the corporate world and now enjoy taking adventures with my grandchildren and going on adventures and learning new things that I will share with you. I hope you enjoy some of these posts. All the best, Lynn
View all posts by lynndaviscakes →
This entry was posted in Cakes, Father's Day and tagged $20 Cake, Cake, Father's Day, Streaking. Bookmark the permalink.